Military History and the LGBTQ+ Community 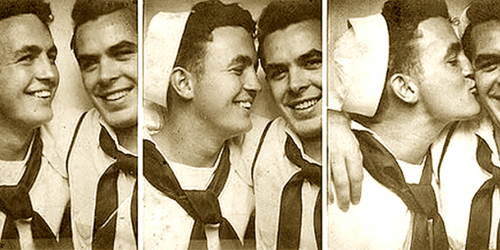 LGBTQ+ people have been part of the nation’s military history since the country’s inception. Like all Americans, they served for a variety of reasons. Some were very patriotic, and saw military service as a way to fulfill their duties to the country. Some were drafted to defend the nation’s interests during wartime, and some viewed enlistment as a way to win social approval, or obtain financial security and economic mobility. Others were staunchly pacifist, and avoided or opposed military action entirely. When they joined the military, LGBTQ service members frequently confronted a culture that was hostile to them. Despite this, many found meaning and deep personal connection through their experiences in the military.