Heaven Will Protect the Working Girl 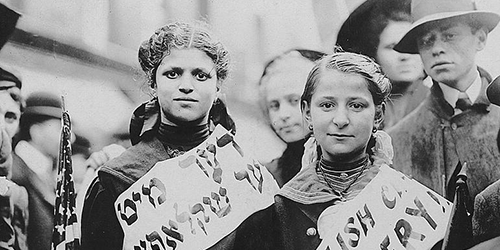 Immigrant workers faced grueling conditions in the early twentieth-century garment industry. Employees worked long hours at an unrelenting pace for low wages, while employers sometimes tried to intimidate them or cheat them out of their wages. Many garment workers were the teenaged daughters of Jewish and Italian immigrants. In 1909, these young female garment workers shocked both their bosses and the organized labor movement of the time and led a major strike, which came to be known as the “Uprising of the 20,000.”

The items in this collection are based around ASHP’s short documentary film Heaven Will Protect the Working Girl, which tracks the lives of two fictionalized garment workers during the strike year. You will also find teaching activities, including a role play, that can accompany the film.