Creating an Empire: U.S. Expansion at the Turn of the Twentieth Century 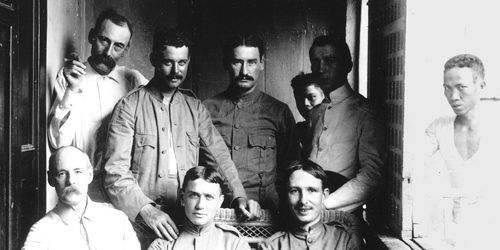 During the course of the Spanish-American War, the United States allied with nationalists in the Philippines to wrest the islands from Spanish control. But once they had defeated the Spanish, the U.S. hesitated to grant the Filipinos the independence for which they had fought. The result was the Philippine-American War (1899-1902), in which U.S. forces defeated the Filipino nationalists and consolidated American control of the islands. Americans hotly debated whether the country should exercise colonial rule over another part of the world, but the age of U.S. imperialism had begun. The Philippines did not gain full independence until 1946.

All too often scholars of foreign wars and foreign policy focus only on the actions of governmental leaders, diplomats, and the military—this collection reveals how ordinary citizens experienced and influenced international affairs. The primary sources and teaching activities in this collection explore ideological debates about the war, the voices of ordinary U.S. soldiers, voices from the Philippines, and links between U.S. foreign policy and domestic popular culture to highlight the connections between foreign policy and a wide range of Americans.