Why They Fought: Ordinary Soldiers in the Civil War 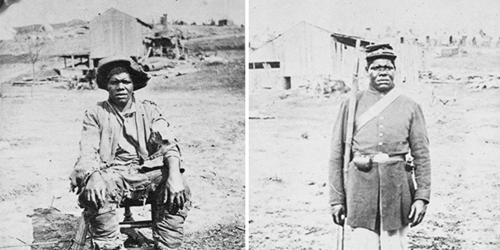 The documents and teaching activities in this collection reveal the complex motivations that drove soldiers on both sides of the conflict. Some wholeheartedly believed in the stated war aims. Others had no choice but to fight, and tensions over conscription and the ability of the rich to avoid service exposed the class conflicts at the heart of both northern and southern society. African Americans, on the other hand, viewed service in the Union Army as a route to freedom and citizenship. Understanding soldiers’ reasons for fighting helps explain why the United States dissolved in 1861 and why such overwhelming violence was required to restore the union.