Bayard Rustin was a gay civil rights activist who was particularly passionate about racial equality. He helped to organize the Southern Christian Leadership Conference, of which Martin Luther King Jr. was a president and which influenced the Civil Rights Movement. As a Quaker, he was also committed to pacifism. In 1944, he was arrested and sent to prison for refusing to join the U.S. army, violating the Selective Service Act. This mugshot was taken at the time of his arrest. He remained in prison for two years. 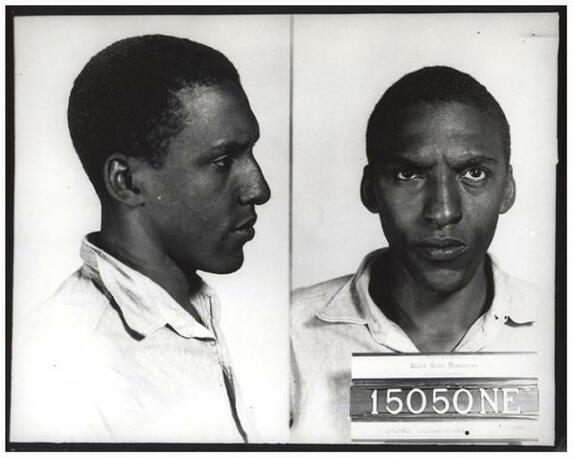