Who Freed the Slaves? How a War for Union Became a War for Freedom 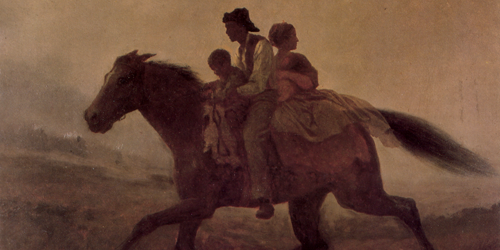 This collection challenges students to unravel a significant question: who or what was the main force behind the abolition of slavery? Was it the Union Army? Lincoln himself? Was it the work of radical abolitionists who pressured Lincoln to convert a war to save the Union into a war to end slavery? And what about the enslaved themselves, who deserted plantations in huge numbers and flocked to the Union Army, where they came to play a significant role in the war effort? The documents in this collection, adopted from Freedom’s Unfinished Revolution: An Inquiry into the Civil War and Reconstruction (American Social History Project’s textbook designed for high school classrooms) invite students to think critically about one of the most dramatic transformations in U.S. history.