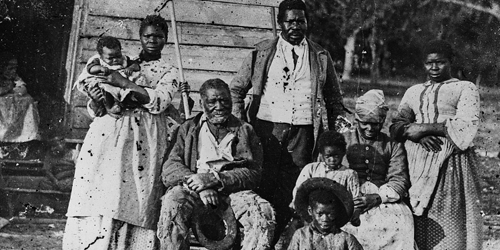 Much of the wealth of the United States was built on the labor of enslaved African Americans. Since the end of slavery, historians have offered varying interpretations of slavery and the experiences of the enslaved. During the latter part of the twentieth century, historians began to focus on the experiences of slaves themselves. They began to use evidence in new ways to reconstruct the viewpoints of enslaved people and understand how the enslaved acted in response to their condition.

The documents and teaching activities in this collection include a rich variety of evidence—from poems to paintings to advertisements for runaway slaves—which helps students to develop their own understandings of how slaves coped with hardship, managed to undermine the system of slavery in subtle ways, and seized back some of the humanity stolen from them. The materials in this collection serve as a useful companion to ASHP’s thirty-minute documentary Doing as They Can: Slave Life in the American South.

This collection is designed to demonstrate the following historical understanding: