During World War II, soldiers put on theater performances that consisted of all-male casts. During these performances, select soldiers dressed in drag to impersonate women. These performances helped to boost morale across the army, providing entertainment in an atmosphere of conflict and stress. For LGBTQ+ servicemen and servicewomen, the impact may have been more complicated. The strict culture of the military made it difficult for LGBTQ+ people to identify themselves, however the shows provided a form of self-expression and a way to form community. At the same time, some military officials disapproved of the shows and soldiers who participated risked being identified as LGBTQ+, a label that could lead to their discharge.This photograph was taken at a popular GI show, This is the Army. 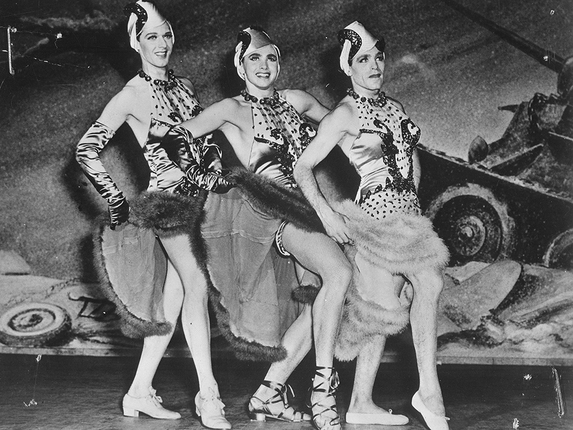