In this 1866 illustration, the Anglo-Saxon features of Florence Nightingale, the storied battlefield nurse of the Crimean War, are contrasted with those of "Bridget McBruiser," whose animal-like features and generally slovenly appearance are typical of mid-nineteenth century depictions of Irish immigrants. This comparison appeared in a book about "physiognomy," a branch of supposedly scientific study popular in the nineteenth century which argued that individual moral character and intelligence could be seen in a person's facial features. 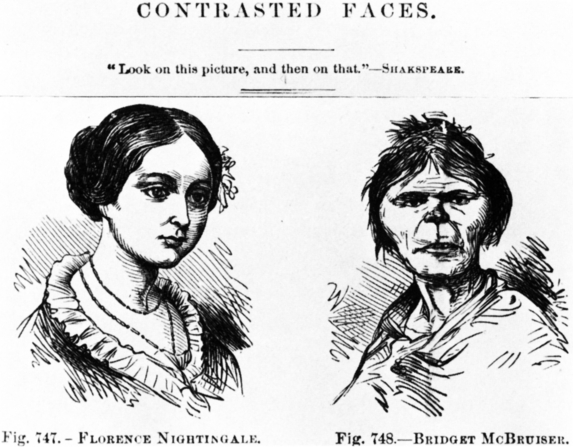 Contrasted Faces. "Look on this picture, and then on that." -Shakspeare