Uncovered during an archaeological dig of the former Five Points neighborhood, this teacup depicts the Irish temperance reformer Father Theobold Mathew, who during the late 1830s and 1840s convinced Irish on both sides of the Atlantic to embrace temperance through his Total Abstinence Movement. The teacup was found at the site of a former tenement building at 472 Pearl Street, along with other similar objects from domestic life. 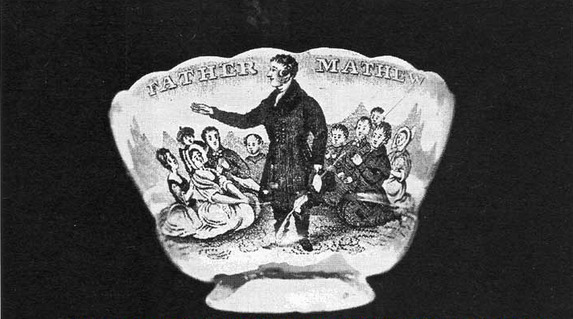