In this 1871 political cartoon, which appeared in Harper's Weekly magazine, Thomas Nast predicts dire consequences for American citizens and institutions (elected government and public schools) because of the perceived influence of the Roman Catholic church on large numbers of Irish immigrants to the U.S. Harper's Weekly was the leading American illustrated newsweekly in the nineteenth century, read primarily by middle-class and elite Americans and generally identified with the Republican party. Nast often resorted to racial and ethnic stereotypes in his Harper's Weekly cartoons. 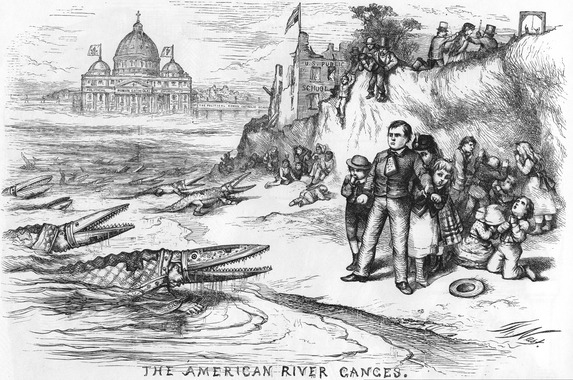