This cartoon from the British humor magazine Judy presents the Irish American as a dangerous, caged animal. American illustrated periodicals presented similar animal-like images of Irish immigrants, although this cartoon also implies that migration to the United States was fueling the committed, sometimes violent, struggle against British rule ongoing in Ireland. The "Irish Land Bill" represented by the infant refers to the Second Irish Land Act, recently passed by the British government in an attempt to appease the Irish Land League and defuse its pro-nationalist elements. Despite its intent, the act was seen by some Britons as a concession to violent agitators. 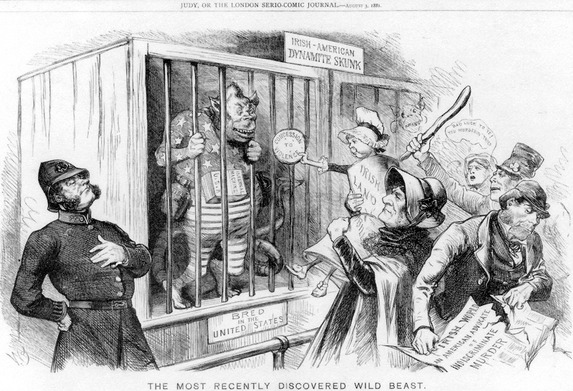 The Most Recently Discovered Wild Beast