An Engraving Depicts the Eviction of an Irish Tenant Family

Some half a million Irish were evicted during the Great Famine, especially following the Poor Law Extension Act of 1847 which shifted the burden of famine relief to the landlords. Rather than support poor tenants on their estates, many landlords evicted them. The 'Gregory clause' of the 1847 Act forced tenants with more than a quarter of an acre to give up their land if they wished to receive relief. - Kevin Kenny, The American Irish: A History 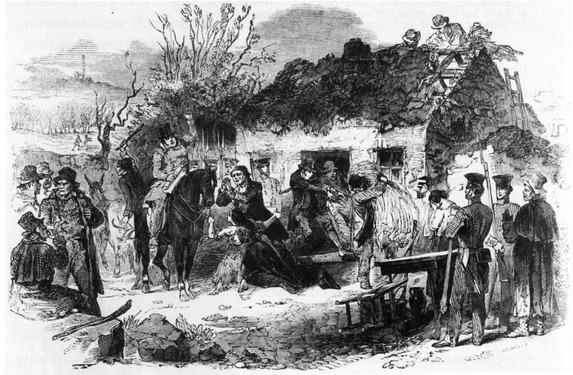