Concentrated in New York City, the garment industry developed side by side with the sweatshop system of labor. Sweatshops employed a handful of workers, almost all of whom were immigrant Jewish or Italian women. They were supervised by contractors of their own nationality, mostly men, who got materials on credit from manufacturers, bought sewing machines on installment plans, and rented lofts or tenement apartments for factories. As this circa 1900 photograph shows, women and men in sweatshop "factories" worked in cramped conditions that lacked basic safety measures. 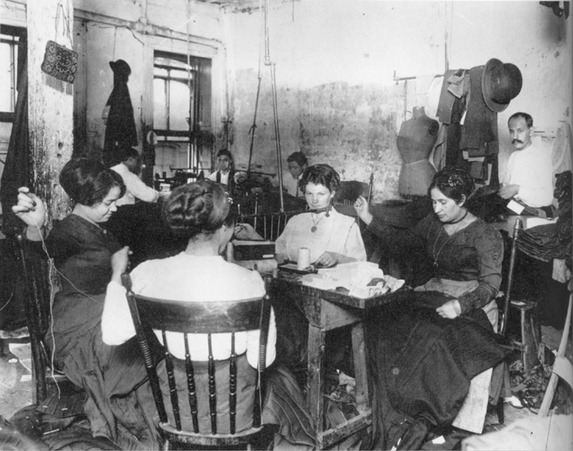