This photograph, taken during a labor parade in New York City in 1909, shows two young women wearing banners that read "Abolish Child Slavery!" in English and Yiddish. Jewish immigrants were especially active in many labor causes at the turn of the century, including the fight against child labor. 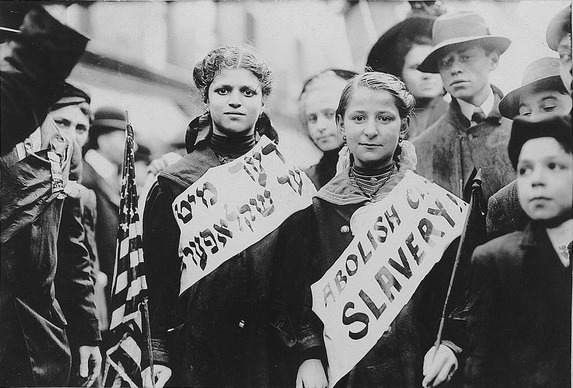