This medallion was created by Josiah Wedgwood, a British ceramics maker and abolitionist, around 1787. The image of the kneeling slave in chains asking "Am I Not a Man and a Brother?" became an international symbol of the abolitionist movement. The image was widely reproduced during the late eighteenth century, appearing on crockery, snuffboxes, and jewelry, becoming a fashionable accessory among English abolitionists. Benjamin Franklin, who received a set of the medallions while serving as president of the Pennsylvania Abolition Society, wrote of the image's effectiveness that it was "equal to that of the best written Pamphlet, in procuring favour to those oppressed People." 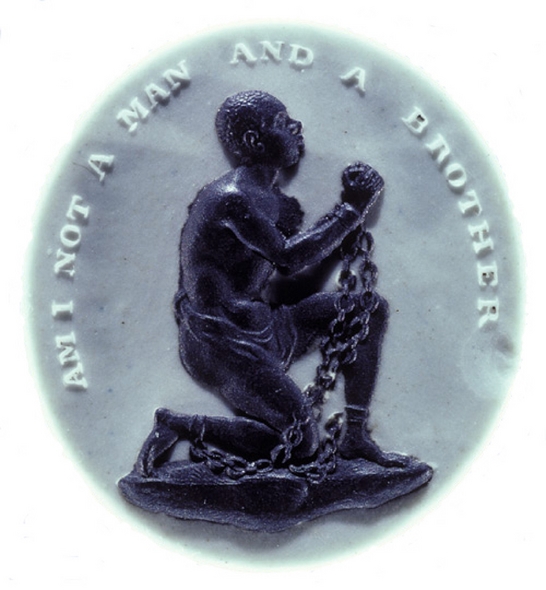