Despite a significant surge in student anti-war activities during the early 1930s, the outbreak of civil war in Spain in 1936 caused many student organizations to rally against the rise of fascism in Europe. The aggression of Hitler and Mussolini presented a challenge to these progressive students, who opposed war in principle but recognized the threat to democracy and freedom represented by these leaders. This flyer from the City College of New York shows how students connected the war in Spain to the issues of peace, freedom, and democracy that had served as their original impulse to activism. 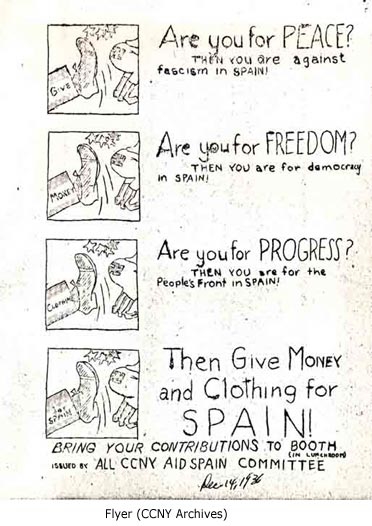