The Pullman Strike began on May 11, 1894, when Pullman Palace Car Company workers walked off the job in response to severe wage cuts; members of Eugene V. Debs' American Railway Union soon joined in by refusing to work in Pullman cars. U.S. Army troops eventually put down the strike by force, resulting in 13 deaths and hundreds of thousands of dollars' worth of property damage. This print shows U.S. Calvary and Infantry troops, sent to escort a cargo train to the Chicago Stock Yards, being confronted by angry gestures from a crowd of defiant workers. 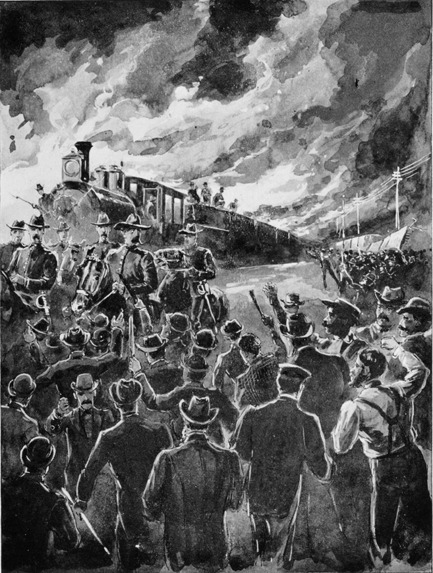