In 1876. the United States marked its centennial (or one hundredth birthday) with a World's Fair held in Philadelpha. The fair celebrated American technological progress and expansion. In this print, created by Currier & Ives, "Brother Jonathan" (a symbol of the nation who came before Uncle Sam) straddles the towers of the main building at the Philadelphia World's fair. Currier & Ives produced and sold lithograph illustrations of events, portraits, and scenes from American life. 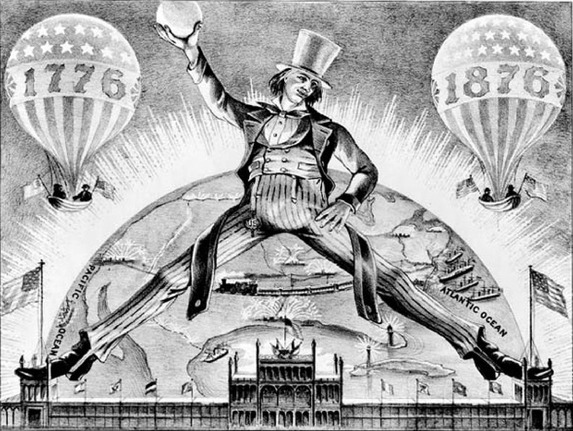