In 1894, the American Railway Union organized a national boycott and strike against all trains hauling Pullman Cars in response to a strike called by workers at the Pullman Palace Car Company. The strike spread across the nation. Strikers were met with the full force of company and government might. Thirty-four people were killed in two weeks of clashes between troops and workers across the nation. Eugene V. Debs (1855-1926) was President of the ARU. This Harper's Weekly cartoon, like many other published pictures, portrayed Debs as a tyrant paralyzing the country's commerce. Debs later ran for president as a Socialist Party candidate in 1904, 1908, 1912, and 1920. 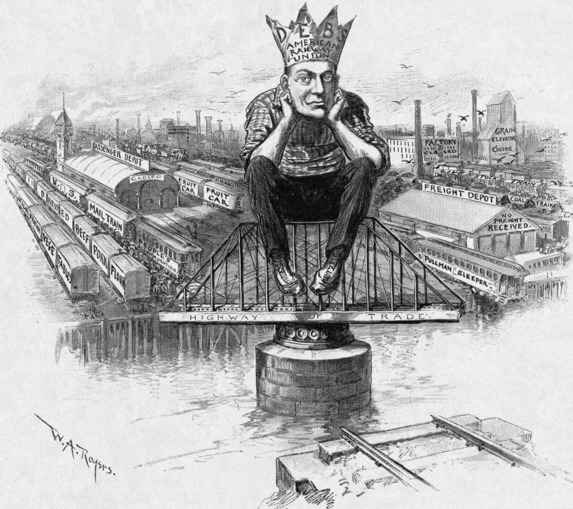 A Company Town Faces Starvation during the Pullman Strike