This photograph by Lewis Hine was taken in a New York City tenement in 1910. Hine was a documentary photographer who frequently turned his lens to the plight of immigrants, workers, and the poor. This family group, perhaps among the approximately two and a half million Italians who arrived in New York in the years 1890-1910, lives in squalid and cramped conditions typical of New York tenement buildings at the turn of the century. 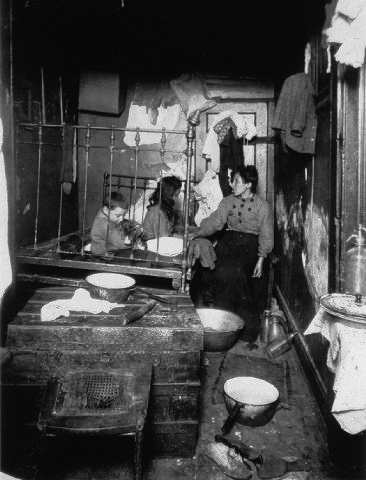