This is a map of Block 160 in New York City's Five Points neighborhood 1902. Public opinion of the Five Points neighborhood was highly negative and filled with bias. The population of New York had ballooned by the mid-nineteenth century causing a housing shortage, so the Five Points consisted mainly of tenement housing and apartments mixed with commercial and industrial interests. While outsiders viewed it to be a site for debauchery and degenerates, Five Points was a working-class neighborhood filled with both skilled and unskilled laborers. Five Points was home to various populations over the decades, including African Americans, Irish, eastern European Jewish, German, and Italian immigrants. 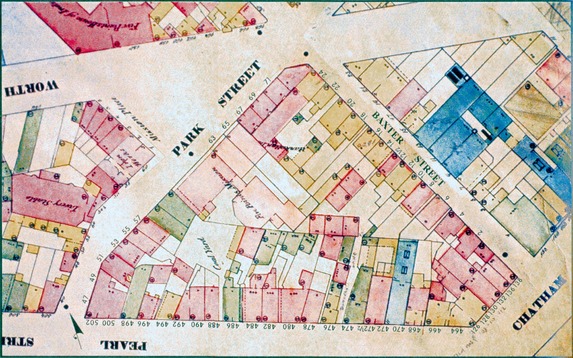