Painter Theodor Kaufmann was a German immigrant and abolitionist who served in the Union army during the Civil War. Throughout the war, African-American men, women, and children escaped slavery by fleeing to Union encampments. Union commanders referred them as wartime "contraband," or property forfeited by the rebellious Confederates. They provided manual labor and information about local terrain and Confederate troop movements. By the end of the war, nearly a million ex-slaves were under some kind of federal protection, many in the so-called "contraband camps" established by Union commanders beginning in 1862. 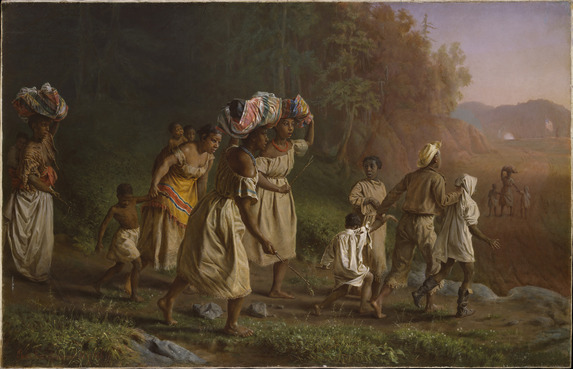