A Ride for Liberty

In 1862, American painter Eastman Johnson (1824-1906) made trips to Union encampments to witness and sketch the war's events. Throughout the war, African-American men, women, and children escaped slavery by fleeing to Union encampments.  Union commanders referred them as wartime "contraband," or property forfeited by the rebellious Confederates. Johnson's few surviving depictions of actual episodes from the Civil War include his painting A Ride for Liberty—The Fugitive Slaves, which he described as having been "seen by myself at Centerville, on the morning of McClellan's advance towards Manassas, March 2nd, 1862." By the end of the war, nearly a million ex-slaves were under some kind of federal protection. 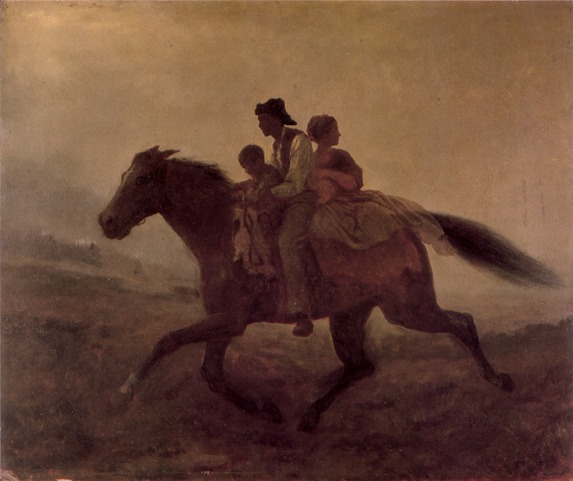