Ten Thousand Women March for the Right to Vote

Suffrage activists staged a huge parade up Fifth Avenue in New York City on May 10, 1913. Over 10,000 women and men marched, and a crowd of over half a million lined the streets to watch. New Yorkers were inspired by women who had marched in protest during Woodrow Wilson’s inauguration two months earlier in Washington, D.C. There, suffragists were spit on and attacked. By parading, women claimed a place for themselves in the public sphere. The tactic was borrowed from the labor movement and reflects the growing influence of working women in the suffrage movement. 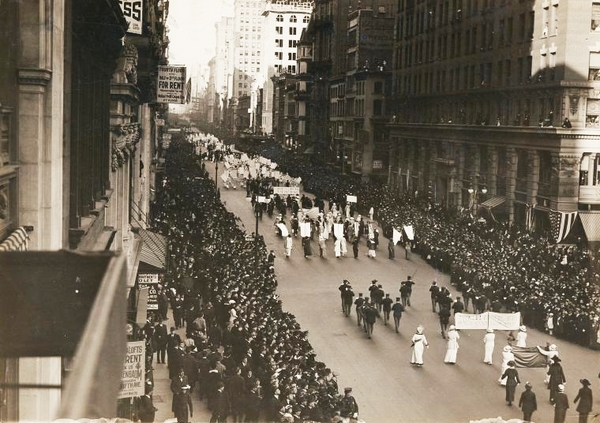