Table of the Asian/Pacific Islander Population as Percentage of Total U.S. Population, 1850-1990

Despite the near-hysterical rhetoric about an "invasion" of Chinese in California and other parts of the West in the late nineteenth century, the actual numbers of Chinese and other Asians remained a tiny fraction of the total population. 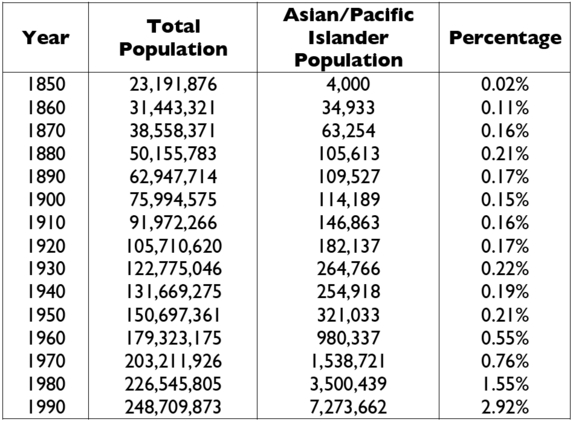