An American-Born Chinese Man Complies with the Chinese Exclusion Act

Wong Kim Ark, a Chinese-American born in San Francisco, was required under the Chinese Exclusion Act of 1882 to acquire this Certificate of Registration before leaving the country on an 1894 trip to China so that he would be allowed back into the country. Despite this officially notarized document, U.S. customs officials at the port of San Francisco refused to let him re-enter the U.S. and detained him. Wong sued, and the U.S. Supreme Court eventually ruled in United States v. Wong Kim Ark that Wong was a citizen. 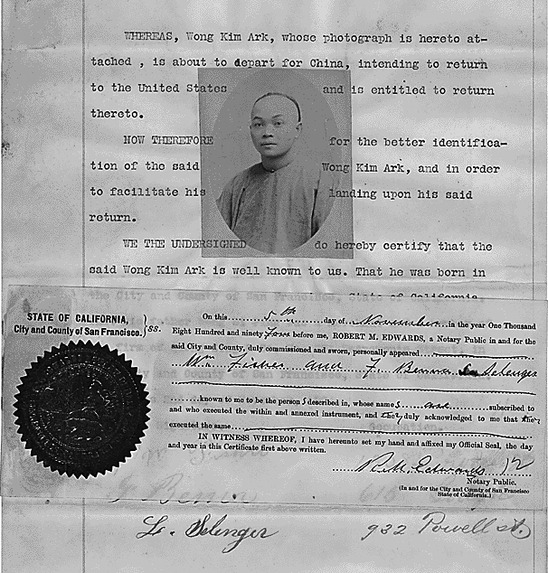 A Country within a Country: Understanding San Francisco's Chinatown