In this handbill from 1854, a Virginia slaveowner advertises a large reward for the return of a 33 year-old enslaved man. Historians have noted the use of woodprint images, such as the one seen here, as evidence of the frequency of runaway slaves—so many that southern printers invested in specialized type. The number of advertisements for runaways in Virginia rose dramatically in the 1840s and 1850s, and average rewards nearly doubled. Runaways were costly to slaveholders, in terms of lost labor and the expense of ads, rewards, and patrols. More fundamentally, runaways challenged the authority of slaveholders and the legitimacy of the system. Amid the growing sectional conflict over slavery, southern lawmakers pushed through the Fugitive Slave Law as part of the Compromise of 1850. 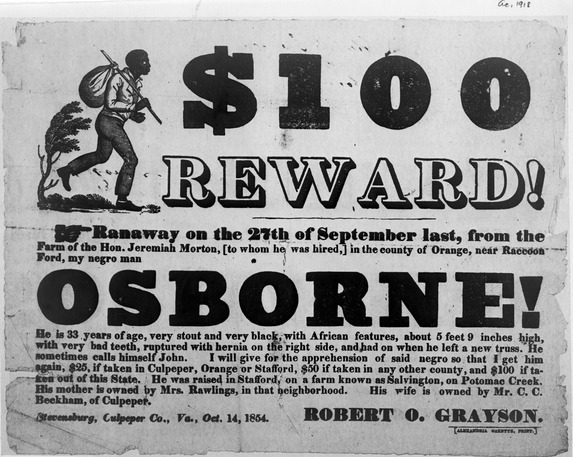