Spain ruled the Philippine islands for nearly four centuries before the U.S. invaded the country in 1899, but Filipinos never fully accepted Spanish domination. Uprisings against the Spanish came from all parts of the Filipino society, including well-off Filipinos, called illustrados. Emilio Aguinaldo, who led the war for independence from the Spanish that began in 1896, was an illustrado. The identities of the people in this photo are unknown, but they may be the staff of La Independencia, a Filipino newspaper founded in 1899 that advanced Philippine independence. 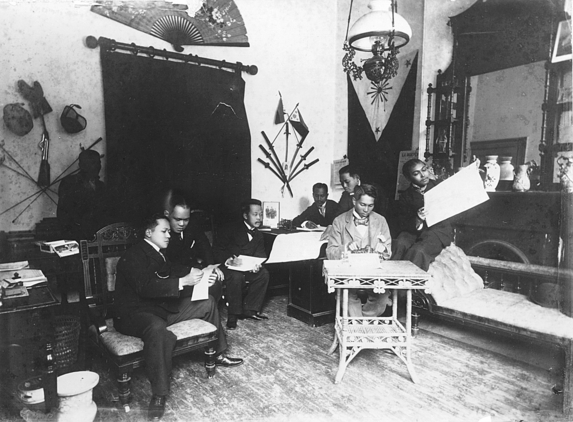