The first national census showed a total population of 3.9 million people. The results, gathered by U.S. marshals on horseback, were divided into categories of "free white males of 16 years and upwards," "free white males under fifteen years," "free white females" and "slaves." Figures were shown for the sixteen states then comprising the union, as well as for the South Western Territory. In some southern states, like South Carolina, slaves comprised over forty percent of the population, while slavery was still very much a part of life in some northern states, like New York and New Jersey (the results for Vermont, a state in which slavery did not exist, erroneously listed sixteen "free colored" persons as "slaves"). 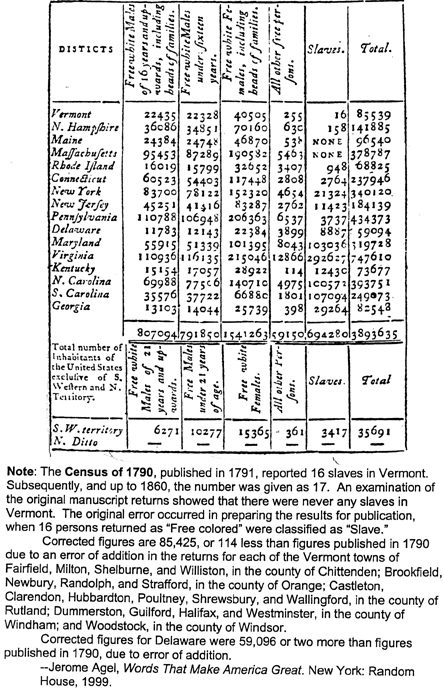