In 1898 the United States won the Spanish-Cuban-American war and took control of Puerto Rico, Guam, and the Philippines. That same year, it also annexed the Hawaiian islands. This 1899 cartoon reflects the belief held by many anti-imperialists that this expansion of U.S. power did not fit the nation’s democratic ideals. 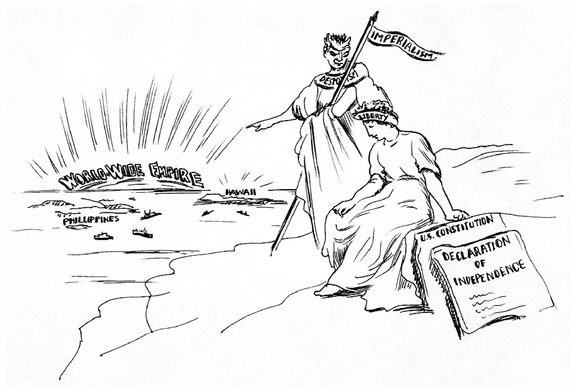