After Congress approved the 19th Amendment in June 1919, the amendment had to be ratified by three fourths of the states. Fortunately, suffragists were well organized at the local level to pressure state legislatures into approving the amendment. To keep track of the amendment’s progress, the National Women’s Party created a “ratification flag”, sewing on a star for each state that ratified the amendment. When Tennessee became the 36th state to approve the amendment—and the final of the necessary three-fourths of the states—triumphant suffragists, led by Alice Paul, hung the flag in Washington, D.C on August 18, 1920. 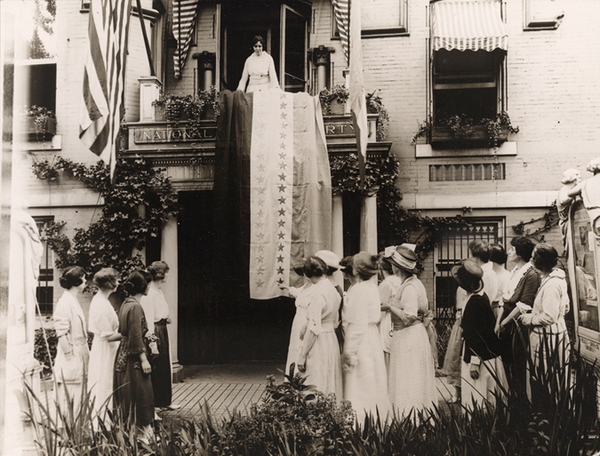 "Upon the word that Tennessee had ratified, Alice Paul unfurled the Woman's Party ratification banner with its thirty-six victory stars, and from the balcony of the headquarters it proclaims the triumph of the cause for which the Woman's Party was founded--the national enfranchisement of the women of America."