Up Housewives and At 'Em!

Similar to American efforts of the time, this World War II poster urges British housewives to contribute to the war effort by recycling household materials. With its smaller population and more direct experience of the war (close to 68,000 British civilians were killed during German bombing raids on the British homeland), the United Kingdom required the participation of all segments of society in the war effort. As in America, the contributions of women in Britain during the war would have a lasting effect on their post-war status. 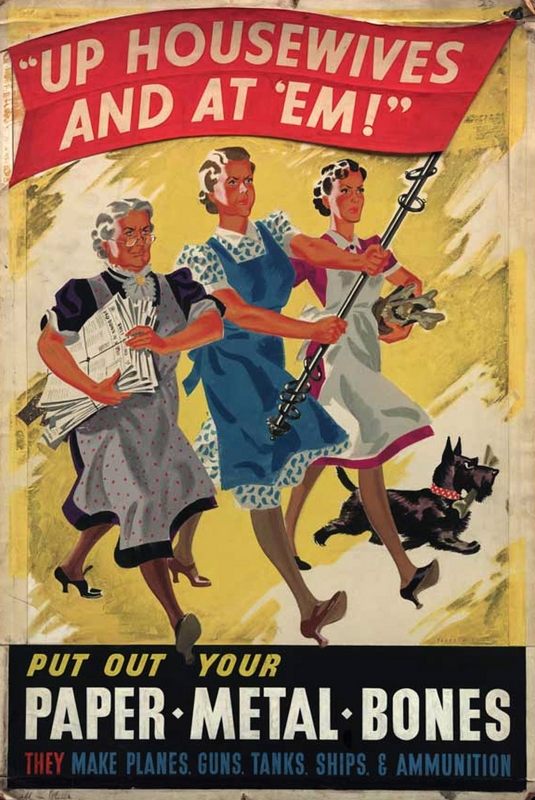