Flyer for WTO Protest in Seattle

The grassroots organization, People for Fair Trade, sought to mobilize a mass turnout to protest the 1999 World Trade Organization (WTO) meetings in Seattle, WA. This flyer, "No Globalization Without Representation" was part of their efforts. 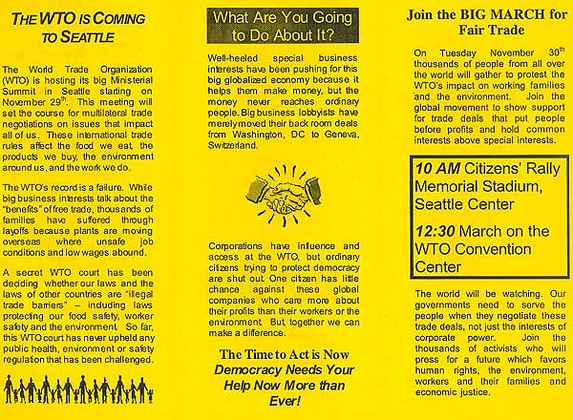 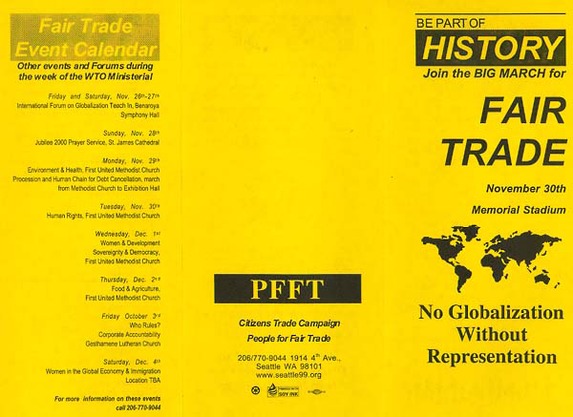