The Japanese distributed leaflets over the South Pacific that asked, "If Americans are fighting for the freedom and equality of all people, why aren't Negro Americans allowed to play big league baseball?" Ben Davis, an African-American candidate for New York City Council in 1945, adopted this question in his campaign: "The Japanese propaganda leaflet told the truth! No Negro can play big league baseball!" 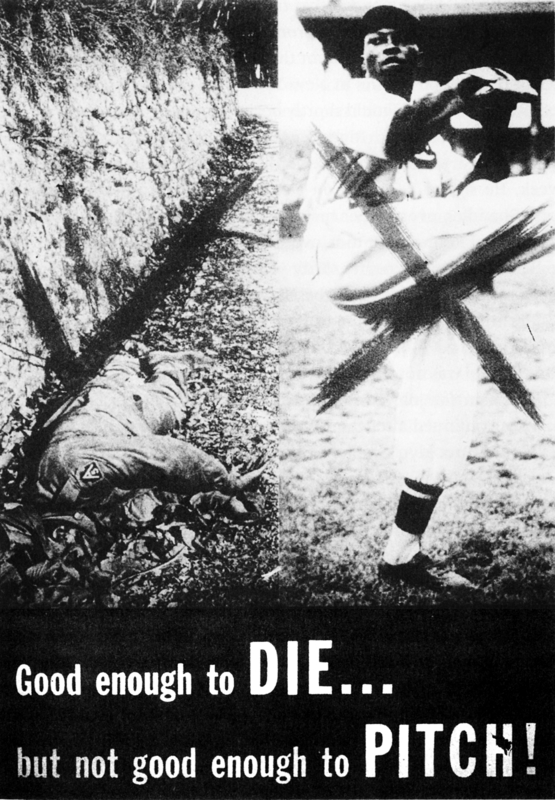