A Group of "Boat People" Arrive by Plane

This photograph from the Detroit News, December 16, 1978, shows a Vietnamese family arriving in the United States. In the aftermath of the Vietnam War, thousands of refugees fled Vietnam, Cambodia, and Laos in search of new lives in the United States. Although often stigmatized as "boat people," the family here clearly arrived by plane; their well-dressed appearance suggests they may have been better off than some of their more desperate compatriots. The look on the face of the little girl in front captures the optimism and hope for a better life in a new country. 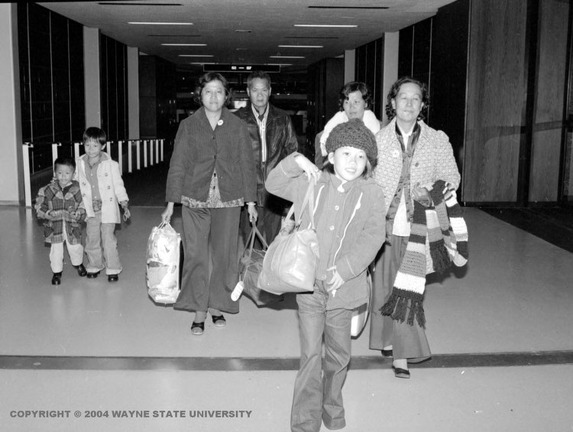