In 1792, with the new nation in need of a physical structures to house its newly-elected government, Thomas Jefferson decided that the design for the Capitol building should be chosen by an open competition. In a newspaper announcement of the competition, Jefferson and Thomas Johnson specify the size and number of rooms for the Capitol, suggest that it be made of brick, and announce a prize of $500 for the winning entry. 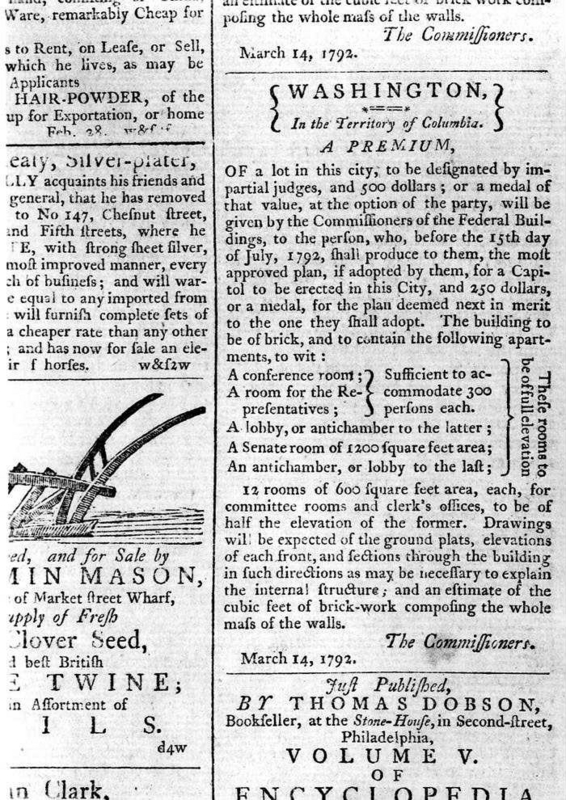