This map of New Amsterdam, a 1916 pen-and-ink drawing copied from the 1660 original, shows the Dutch settlement on the southern tip of Manhattan (the map is oriented so that the southernmost part of the island appears to be facing west). 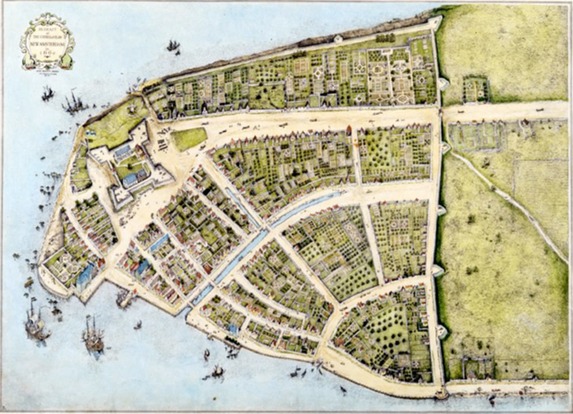