Census and public health records help identify the areas of New York where the highest concentration of African Americans lived during the first half of the twentieth century. In the five boroughs of New York in 1930, only 4.7% of the population was identified as black. In Manhattan, about 12% of the population was black. For Harlem, however, nearly 55% of the residents were black. From the early 1910s onward, Harlem was known as a "black neighborhood" as migrants from other parts of the United States settled there. The dark lines on this map enclose the areas where the black population was higher than the Manhattan average and helps define the parameters of "black Harlem." 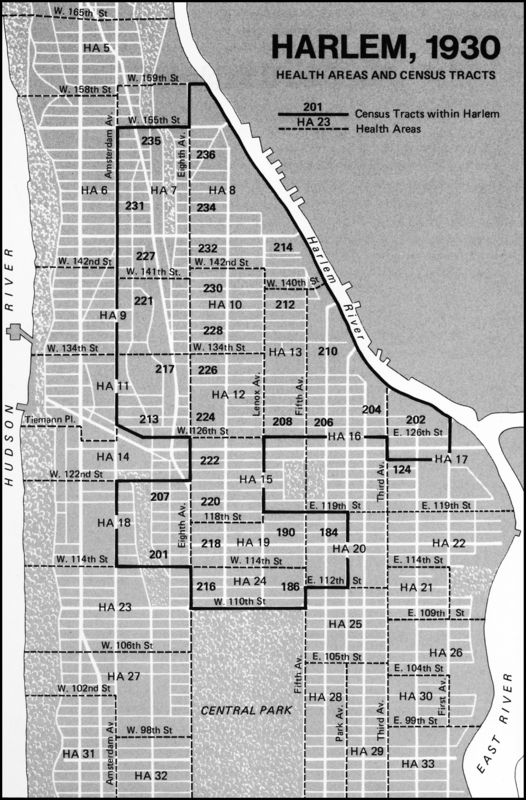