A Sorority Sister Volunteers for the Peace Corps

Before launching the Peace Corps by executive order on March 1, 1961, President Kennedy already had received over 25,000 letters from American volunteers. Their offers came in response to a campaign speech Kennedy delivered on the campus of the University of Michigan on October 14, 1960 in which he challenged young people to serve abroad in developing countries. 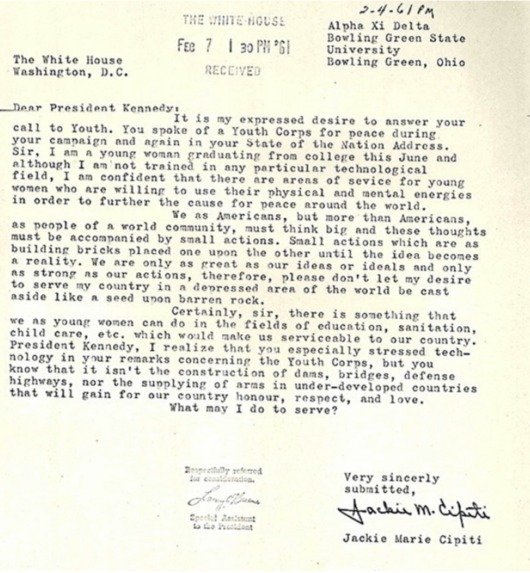