This political cartoon by Tom Darcy portrays the divisive impact of the Vietnam war on American society. According to public opinion polls taken in May 1970, when this cartoon was published, 64% of Americans thought the U.S. had made a mistake sending troops to fight in Vietnam. Five years earlier, the percentage was almost reversed, with 61% of American supporting the decision to send troops to Vietnam. Even though by 1970 a clear majority of Americans opposed the Vietnam War, there remained bitter disagreements about how the U.S. should end the war. 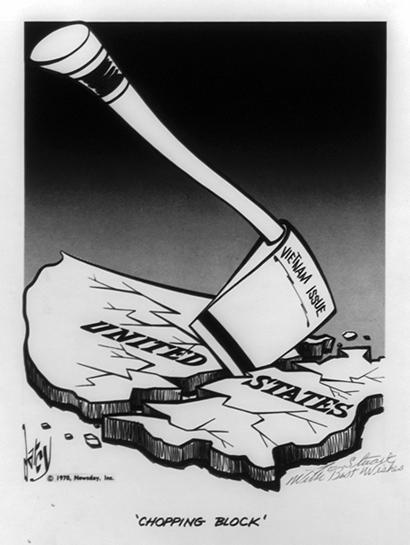