B is for Beef Trust in "Children's" Primer

This 1902 cartoon by Frederick Opper was part of a larger series of cartoons attacking corporate trusts drawn for William Randolph Hearst's New York Journal. In the cartoon, which mimicks the childrens' spelling primers popular at the turn of the century, Opper portrays the public as at the mercy of monopolies, unable to prevent the prices of staple items such as meat from rising. 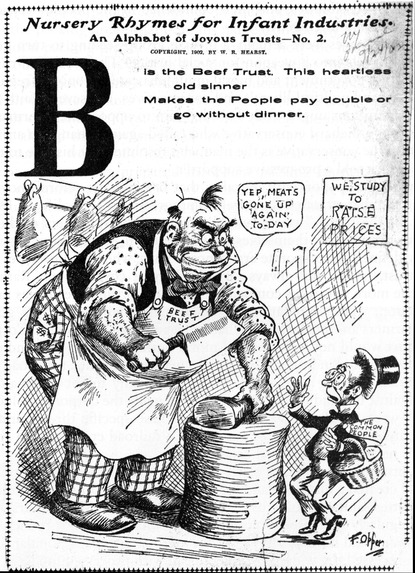 Nursery Rhymes for Infant Industries. An Alphabet of Joyous Trusts--No. 2. B is the Beef Trust. This heartless old sinner, Makes the People pay double or go without dinner.