Death and dissolution are the predicted outcome in this 1874 Harper's Weekly cartoon as a grinning death's head dispenses "the demon rum" while patrons brawl in the back room and horrified innocents look on. While alcoholism posed a serious health threat to the Irish immigrant community, the neighborhood saloon also played a more benign role, as the altered version at right suggests. As even unsympathetic observers like reformer Charles Loring Brace admitted, in the saloon a poor immigrant could find "jolly companions, a lighted and warmed room, a newspaper, and, above all, a draught which… [can] drive care and labor and the thought of his burdens and annoyances far away." 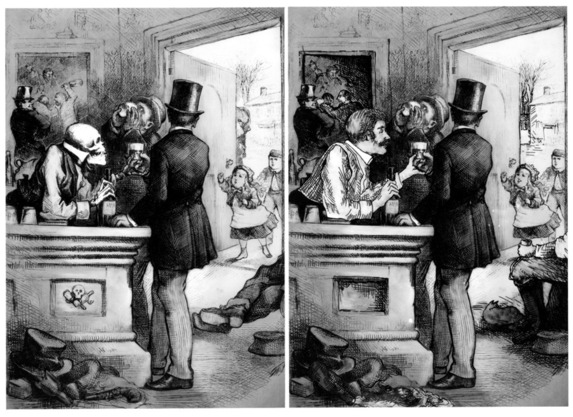