An 1888 Puck cartoon pokes fun at an Irish domestic servant, a frequent target of cartoonists and other humorists in the late 19th century. Such depictions, which ranged from relatively harmless "numbskull" humor to more mean-spirited and dehumanizing stereotypes, served to cement the figure of the simple-minded female Irish domestic. These servants were often referred to by the generic names of Biddy or Bridget, in the American cultural lexicon. 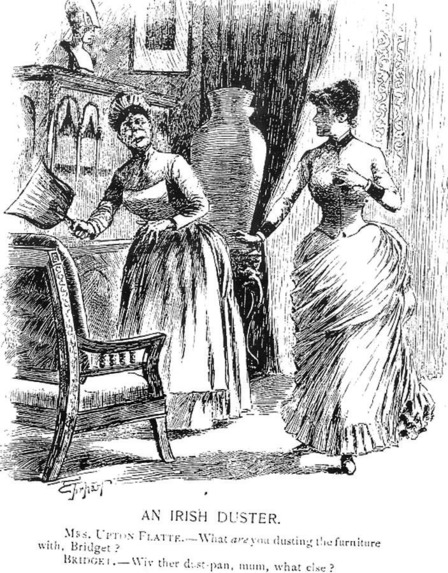 MRS. UPTON FLATTE - What are you dusting the furniture with, Bridget?