This 1903 cartoon presents the different perspectives that Americans had about the large number of immigrants entering the U.S. at the beginning of the twentieth century. It appeared in Judge magazine, which used humorous illustrations and short essays to comment on current events. 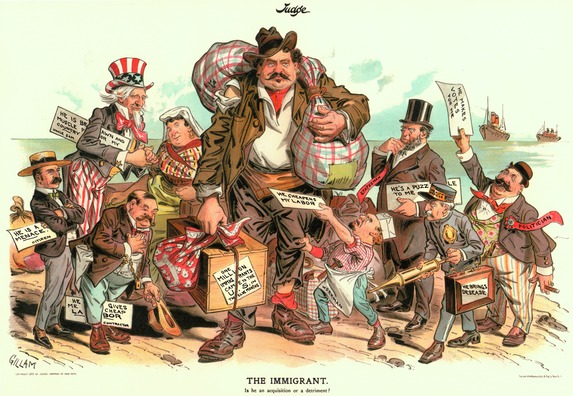 The Immigrant. Is he an acquisition or a detriment?