In this political cartoon from Harper's Weekly, the theories of Henry George, the Workingman's Party candidate for Mayor of New York, are depicted as leading to mob violence and misrule. With a caption featuring a quote from George (taken out of context) that refers to the horrors of the French Revolution, the cartoonist suggests that the discrepancies between the "theory" and "practice" of reformers like George will likewise lead to violent excess on the part of the "undesirable elements" the poor and immigrant workers whose votes the George campaign sought. 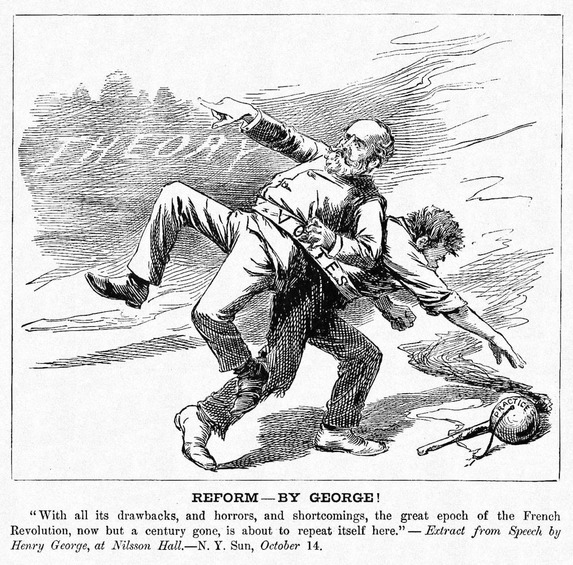 "With all its drawbacks, and horrors, and shortcomings, the great epoch of the French Revolution, now but a century gone, is about to repeat itself here." Extract from Speech by Henry George, at Nilsson Hall. N.Y. Sun, October 14.