Despite Nixon's campaign promises to end the war, his first term in office saw an expansion rather than a reduction of U.S. involvement in Vietnam. By 1970 the reasons for this involvement had become increasingly unclear. 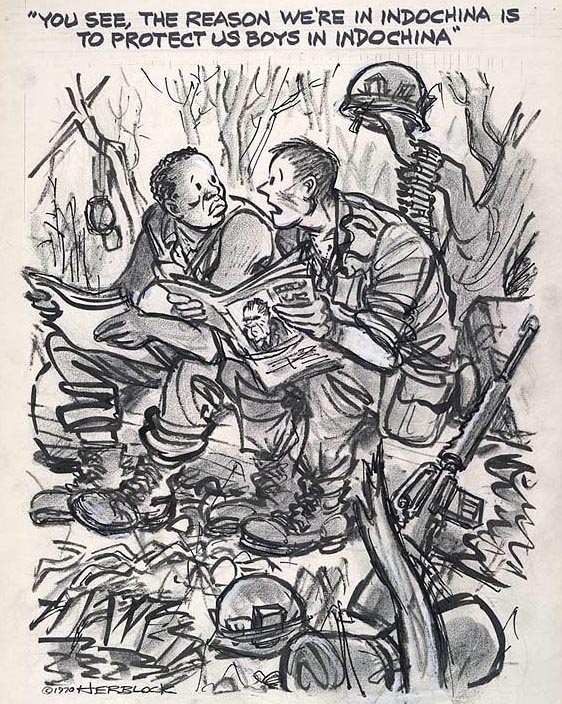 Source | Herb Block, "You see, the reason we're in Indochina is to protect us boys in Indochina," cartoon (The Washington Post, 5 May 1970); from Library of Congress, Herblock's History: Political Cartoons from the Crash to the Millenium, http://www.loc.gov/rr/print/swann/herblock/ascent.html
Creator | Herb Block
Item Type | Cartoon
Cite This document | Herb Block, “A Cartoonist Explains the Vietnam War,” SHEC: Resources for Teachers, accessed December 7, 2022, https://shec.ashp.cuny.edu/items/show/633.