The beginning of U.S. expansion overseas, in the late 1800s and early 1900s, coincided with the peak years of racial violence and lynchings in the United States. Meanwhile, jingoists insisted that the United States should spread "civilization" to other peoples around the world. Anti-imperialists pointed out that ongoing racial injustices were evidence that the U.S. itself was uncivilized. In this cartoon, President William McKinley eyes a map of the Philippines, which was soon to become a U.S. territory, while a figure representing Justice pulls back the curtain to reveal a lynching scene in America's back yard. 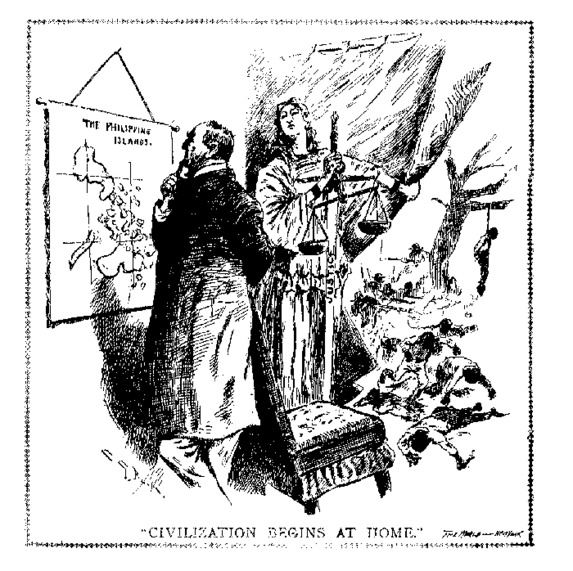