Not long after his election in 1964, Lyndon B. Johnson moved to increase American involvement in Vietnam. This policy would soon result in the defacto American take-over of the effort against the North Vietnamese Communists. In the week this cartoon was published, the State Department announced that Johnson had authorized direct American military involvement in Vietnam if requested by the South Vietnamese government. As cartoonist Herb Block observed, this constituted a major step in what would be soon come to be referred to as the "escalation" of the war. 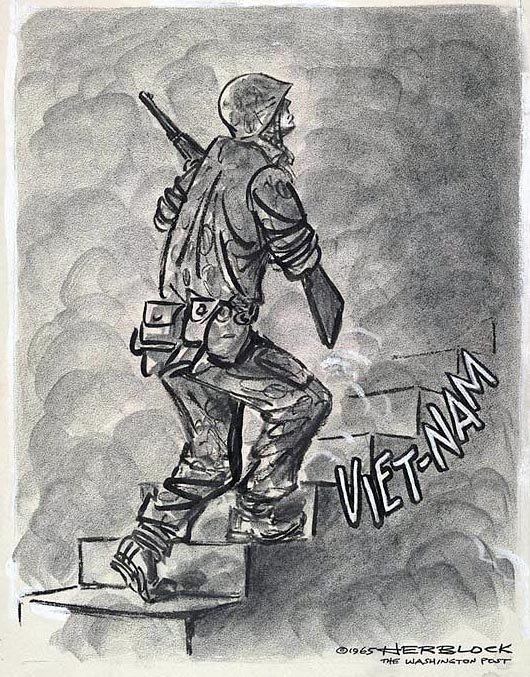 The Other Ascent Into The Unknown