This group of Cuban immigrants sailed from the U.S. back to Cuba on May 21, 1898, under the name "Army of the Cuban Republic." Their goal was to aid the rebels fighting for Cuban independence from Spain. Many of these soldiers had been cigarworkers in Florida and New York. 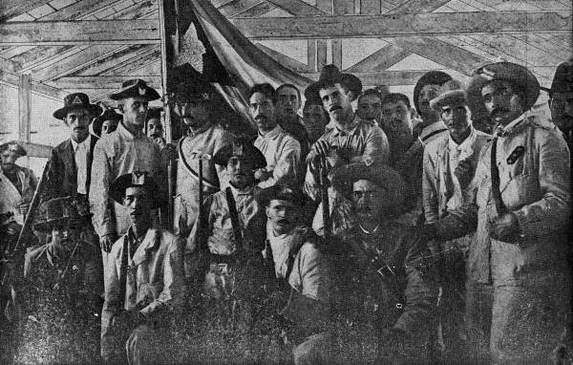 Cuban volunteers in their barracks. Many of these were cigar makers at Tampa.